Citrimore is formed for citrus extracts and their derivatives. Through decades' in-depth study on various of citrus in different places of origin, we obtain a clear understanding of Citrus. 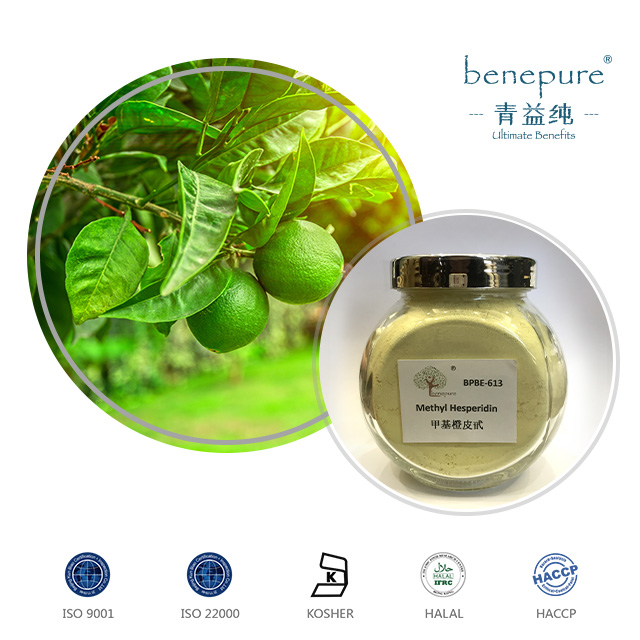 Methyl hesperidin is water solubility compound of various flavanone hesperidin. It has the same effect with vitamin P, which has enhancement function to vitamin C. What’s more, characters in strong anti-virus and anti-bacteria. It is preventing influenza virus’ breeding with large dosage, inhibiting tyrosinase which causing skin to black. For the treatment of black spot, freckle such skin disease. It has an effect on remaining normal permeability, boosting resistance, enhancing elastic and toughness of vessels, preventing and curing blooding of capillary or gums. With the same pharmacologic action as hesperidin, methyl hesperidin can strengthen resistance of capillary, so that keeping normal permeation and preventing vascular disorders caused by arteriosclerosis. It has magnificent effect together with vitamin C which is available for nose bleeding, retinal hemorrhage, gums or alveoli bleeding, gastrointestinal bleeding, hemorrhoid bleeding etc. and for the treatment or prevention of pre-operation and post-operation bleeding.