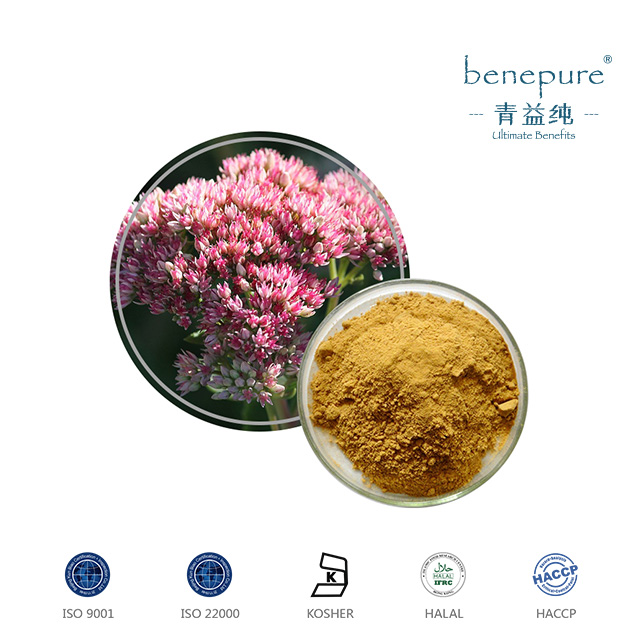 Sources and Habitat: Rhodiola rosea (Rose root) is a plant in the family Crassulaceae that grows in cold regions of the world. These include much of the Arctic, the mountains of Central Asia, the Rocky Mountains, and mountainous parts of Europe, such as the Alps, Pyrenees, Carpathian Mountains, British Isles, Scandinavia and Iceland.

Rose root has been used in traditional European medicine for over three thousand years, mainly as a tonic. Modern research has shown that it increases the body's resistance to any type of stress by regulating the body's hormonal response. Its use has been shown to have a protective effect upon the neurotransmitters such as serotonin and dopamine in the brain. It improves neurotransmitter activity by inhibiting their enzymatic destruction and preventing their decline caused by excessive stress hormone release. Rose root also enhances the transport of serotonin's precursors into the brain and studies have shown that use of this herb can increase brain serotonin by up to 30%. The root is adaptogen. It has an enhancing effect upon physical endurance and sexual potency. A decoction of the flowers has been used to treat stomach aches and intestinal discomfort. The raw flowers have been eaten in the treatment of tuberculosis.

Rhodiola has been the subject of many clinical studies. No side effects or interactions have been reported. Animal studies indicate that rhodiola has a low level of toxicity. Don't take Rhodiola during pregnancy or while breast-feeding. There is no information available about the safety of Rhodiola in pregnancy or lactation. Insomnia may be a risk with high doses of Rhodiola. A high dose is considered to be daily intakes of 1,500 to 2,000 mg and above of a Rhodiola rosea standardized extract.

There are no well-known drugs or nutrient interactions associated with Rhodiola rosea. However, much remains to be learned about this herb and how it may interact with other adaptogens, such as Siberian ginseng, as well as with other dietary supplements.

Rhodiola rosea supplements can enhance your overall sense of vitality and strength. The recommended daily dose of Rhodiola rosea extract is approximately 300 milligrams, standardized to at least 1% salidroside, and 2-3% rosavins. You should notice improved mental and physical effects after ten days.